The little boy could not have been over 4, maybe 5 years old. He was wearing a sweatshirt meant for a kid around 7 and it swallowed him. He sat on the examining table playing with a straw, bending and flexing the jointed part of the straw. His mother sat in a chair, silent, sullen and withdrawn. I had already decided I was not going to become a pediatrician, but that didn’t keep me from seeing children in the Comprehensive Care Clinic. I was halfway through my senior year in medical school and proudly called myself “Student Doctor Hennigan”. As student doctors, we began to see our own patients in the CCC beginning our junior year. The care of these patients was overseen by family practice physicians with years of training. Any decision we made as students was directed by our “attending” physicians.

I had on my short white coat longing for the day I could move into the long, white coat — the “uniform” of a real doctor. On my breast pocket, I had pinned a flashing Santa Claus face that winked and blinked. I pointed to the pin. “What is Santa bringing you this year?”

The little boy flipped the straw and shrugged. “Santa Claus is dead.”

My mouth fell open and I glanced at the mother. A fiery defiance filled her eyes and she raised an eyebrow. “That’s right. Santa’s dead. In fact, you pronounced him dead, didn’t you Doctor?”

I stuttered. I opened and closed my mouth and she stood up and stepped very close. Her gazed bored into mine. “Now, you listen here. You brought up Santa to my son and I done told him Santa ain’t coming. I had to tell him Santa died cause I ain’t got no money this year for Christmas. You understand? And, unless you gonna cough up some dough, I suggest you tell my son that Santa is dead as a door knob and you personally pushed his body down to the morgue.”

I turned quickly and left the room, slamming the door behind me and stood there in the hall gasping for breath. This is not what I was prepared for in medical school. Santa was dead and I had pronounced him? Tears stung my eyes and I leaned against the wall with the sudden realization that as much as I wanted to, I couldn’t help everyone anymore than I could heal everyone. I had no money myself. I lived off of borrowed student loans or I would march back in and press a wad of twenties into that mother’s hands so that kid could have Christmas that year. But, instead, I limped away to my attending and begged for direction. He just laughed and told me to go back in and take care of the child’s physical needs.

“It’s not our place to promote magical thinking.” He sneered at me. “Go back and examine that child and don’t you say another word about Santa. And, take that stupid pin off your coat.”

I avoided the mother’s gaze while I took care of the child. I never mentioned Santa or Christmas again. I gave her a prescription for antibiotics and stiffly walked out of the room. I had no prescription for her bitterness.

Two thoughts come to mind when I recall this incident.

1 — Our culture wants to kill Santa and any and all “magical” thinking. Richard Dawkins, the famous atheist, has published a book telling children they should appreciate the universe for what it is and to encourage parents to avoid discussions of God as “magical” thinking. No matter where you stand on the issue of the existence of God, such thinking robs our children of the most important tool their minds possess — imagination. It is imagination that led to the discovery of every great scientific development through the history of mankind. It is imagination that has given us music, art, the spoken word, film, the written word, and, yes, Santa Claus. If we discourage our children to think outside the box, we condemn the future of mankind to a cold, sterile death. We indeed kill Santa Claus and every positive thought; every positive development that is to come. We become automatons; biological robots slave to our DNA. This is the ultimate end results of naturalism, the philosophy based on evolution. Just take a look at the one society in the last century that perfected a culture based on naturalism — survival of the fittest — Nazi Germany. 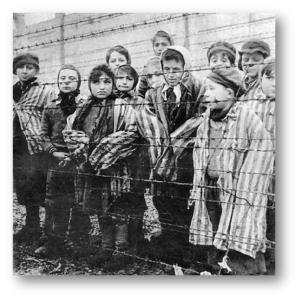 I personally don’t want to go there as a society. So, we need to endure the results of magical, imaginative thinking — in fact, encourage it. For, there is truth here. Santa Claus came from the story of a real man; a real human being who saw the suffering of children and reached out to them in secret and that man’s legacy lives on in Santa Claus. If we kill Santa Clause, we kill kindness and mercy and generosity. As a society we can ill afford that right now!

2 — This is the season of light; the season of giving; the season of sacrifice. No matter where you stand on the issue of Christ’s birth, there is no denial that Jesus was born in extreme poverty. His birth was quiet and unnoticed save for the angels’ announcement to the lowest of workers — shepherds. And yet, the proclamation of joy and hope by the angels was undeniable. And, in time, the Christ child would be visited by the highest of the high, three kings; three magi — wise men bearing gifts of great worth. This season as you travel about in the hustle and bustle of buying gifts and going to parties and cooking and enjoying the closeness of friends and family, pause to remember a tiny boy seated on a cold examining table playing with a straw under the impression that the spirit of giving has died. Reach out and give to those who do not have. Spread joy and happiness to those who are living in perpetual sadness. Be a Santa to those who are in need and you will prove that Santa is not dead and neither is the spirit of giving so fittingly exemplified by God’s Gift to mankind — His only Son.

On one occasion an expert in the law stood up to test Jesus. “Teacher,” he asked, “what must I do to inherit eternal life?”“What is written in the Law?” he replied. “How do you read it?”

“You have answered correctly,” Jesus replied. “Do this and you will live.”

In the coming days, I will share with you how one day, not long after the events in this story, I actually KILLED Santa Claus!