← North Island Highlights
At Home With the Stitchbury’s →

Our last two days on the south island began Sunday morning as we set off from Hasst to travel up the west coast of the south island. Our destination was Greymouth for the night. I wasn’t feeling well either day with worsening chest wall pain but improving elbow pain. I had a persistent cough that made the pain in my chest worse. Also, the pain kept me from having a deep cough so I was coughing more often!

We drove down the coast and paused to walk out to the beach. The Tasman sea is that part of the Pacific between New Zealand and Australia. And, a cyclone had come through New Zealand recently. The seas were very rough. It was obvious from the driftwood thrown up on the beach it was NOT safe to go swimming! Here are some photos of the beach just north of Haast. 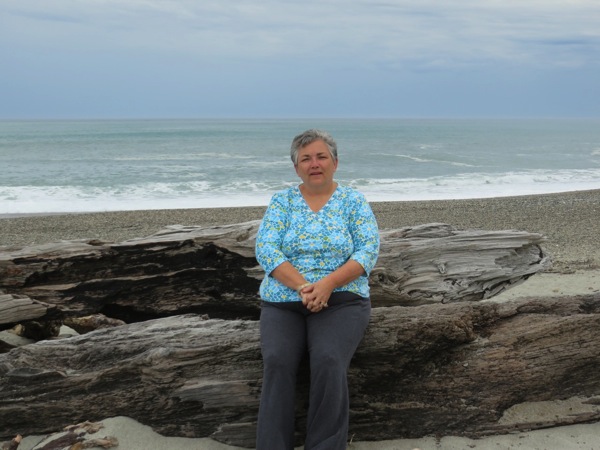 We spent most of the day driving northward and stopped to view two glaciers in the area, Fox Glacier and Franz Josef Glacier. The walk up to the glaciers was long and uphill and the pain in my chest prevented me from making the entire journey. But, here are some photos of the Fox Glacier. Look carefully and you will see a tiny line of red and blue dots mid way up the glacier. Those are a separate party of brave individuals hiking across this massive glacier. 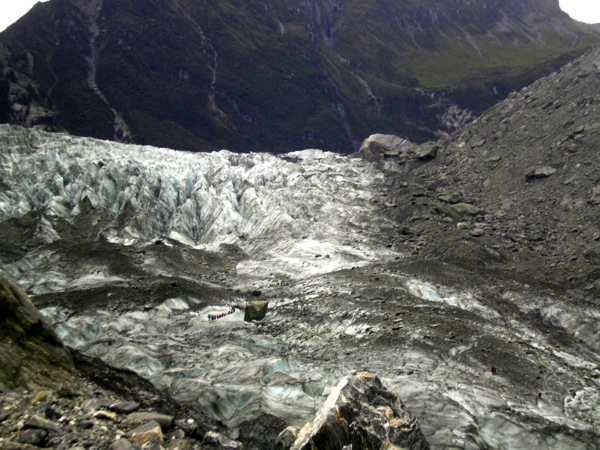 As we traveled on toward the north we encountered the snow covered peaks of the Southern Alps.

That night we arrived at Greymouth, a city at the mouth of the Grey River. The next morning (today— Monday, St. Patrick’s day) we arose and headed for Shantytown. Shantytown is a recreation of an old gold mining and lumbering town that flourished from the late 1800’s to the mid 1900’s. Here are some photos from our visit. Some are serious. Others, well I’ll let you be the judge! 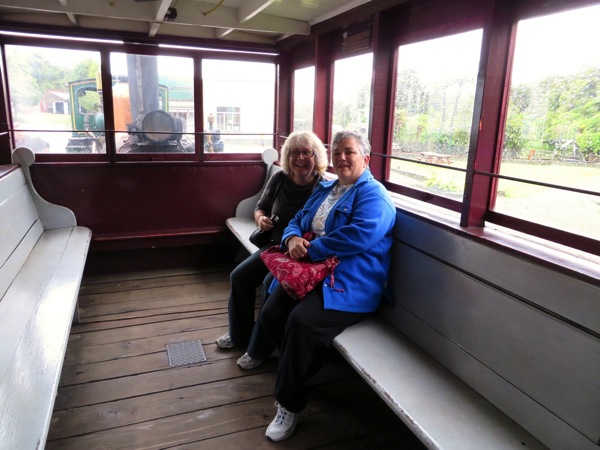 Waiting on the train to take us out into the bush. 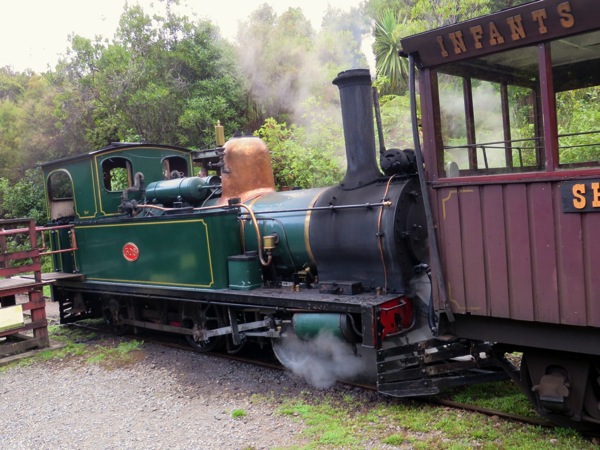 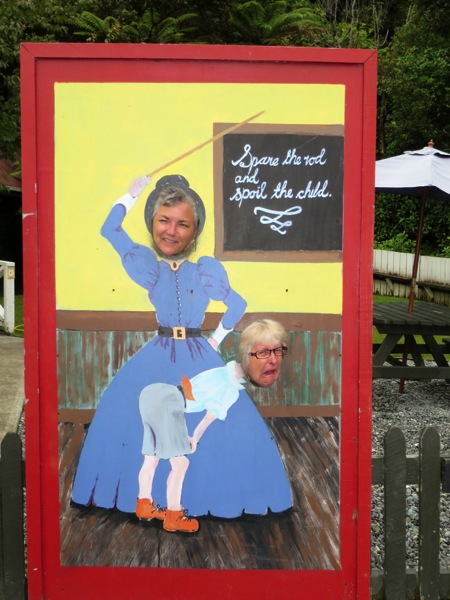 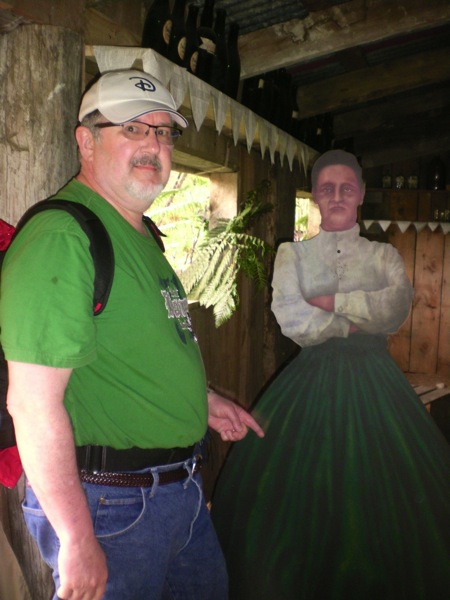 Once we left Shantytown, we headed up the coast to Punikaiki to the pancake rocks and blowholes. This very unusual arrangement of rocks along the coast was fascinating. 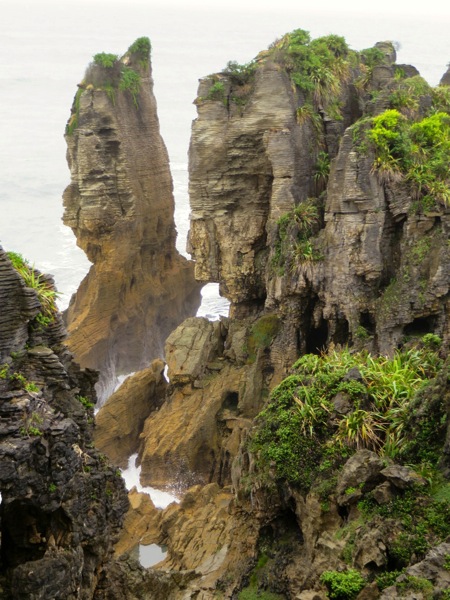 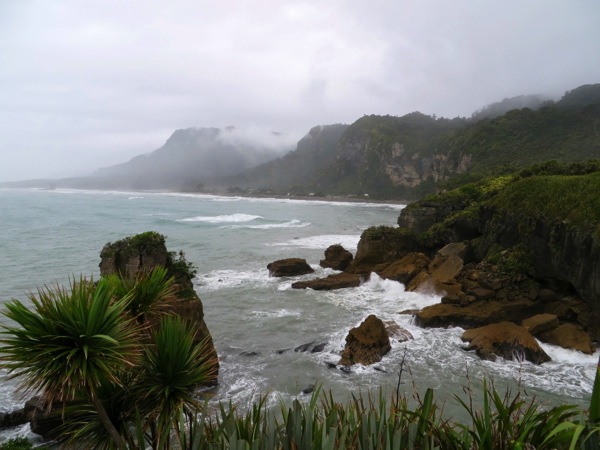 We drew closer to our final destination on the south island, Blenheim but saw a sign for “the longest swing bridge in New Zealand”. How can anyone resist? 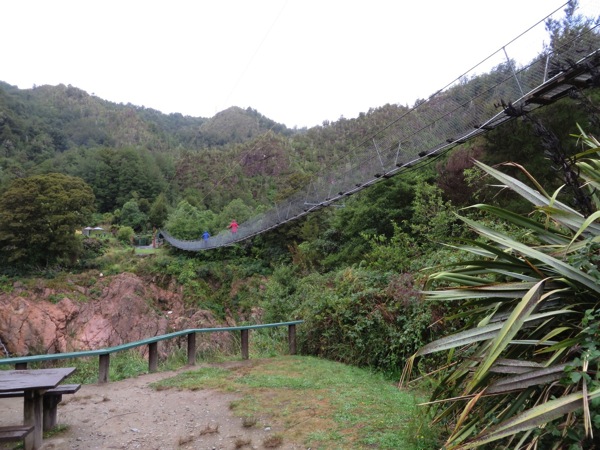 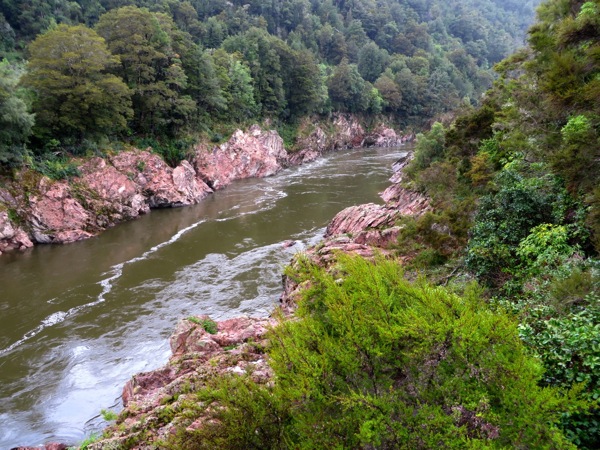 Our final two hours of driving took us across the north of the south island from west coast to east coast through winery country. Once again, I was stunned by the awesome beauty of this country. At every turn, there are sights that defy description.