I’m a Doctor, Not a Philosopher!

Doctor McCoy made this profound statement to his friend, the logical Vulcan, Mr. Spock during the original Star Trek episode. I have always had a hard time understanding philosophy. And so, this statement made me sit up and take notice:

“Christianity is not a religion. It’s a philosophy!”

I was somewhat surprised to hear Bill O’Reilly make this statement Wednesday night in his conversation with an atheist. The atheist, as expected, protested vigorously that Christianity IS a religion. Bill countered with a valid argument. Being a part of Catholicism or being a Methodist is “religion” based on the “philosophy” of Christianity. 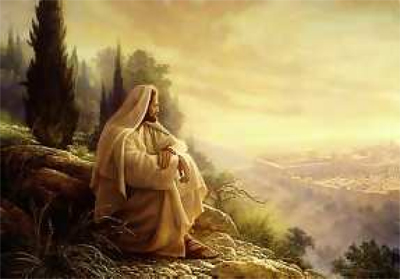 So, which is it? Is Christianity a religion or a philosophy? Here are 5 definitions of the word “philosophy”:

School of thought: a particular system of thought or doctrine.

Guiding or underlying principles: a set of basic principles or concepts underlying a particular sphere of knowledge.

Set of beliefs or aims: a precept, or set of precepts, beliefs, principles, or aims, underlying somebody’s practice or conduct.

Calm resignation: restraint, resignation, or calmness and rationality in somebody’s behavior or response to events.

Look at the fourth definition. Maybe Bill has a point. Christianity is a set of beliefs or aims underlying the practice or conduct of a person who follows the teaching of Jesus Christ. Ravi Zacharias, well known speaker and apologist makes the statements:

And, here is the problem. By inserting “man” into the process; by putting “man” in between the teachings of Christ and the everyday human behaviors based on those beliefs, there will be an inevitable watering down, and sometimes down right perversion of those tenets and beliefs. Man is an imperfect creature and based on our history, we can really screw up even the most perfect system of beliefs.

And, in defense of Bill’s atheist guest, complaints about “religion” can be valid. It is the ABUSE of Christianity, as well as other “philosophies” down through the ages that have led to charges that those “religions” are dangerous. The new atheists claim that all “religion” is inherently dangerous and should be outlawed. They claim that teaching children “religious” concepts is equal to child abuse. There may be some valid points here. After all, if a child is taught to hate anyone thinking differently from them and tells them it is glorious to strap a bomb to their chest and kill dozens of people, then I would whole heartily agree that “religious teachings” can be dangerous when they veer away from the underlying pure “philosophy” of that man made religion.

However, the potential danger of religion does not take away from the peaceful “philosophy” of Christianity. After all, Jesus of Nazareth never asked his disciples to kill or maim or hate or carry out revenge. He rebuked Peter when the man cut off a guard’s ear in the Garden of Gethsemane.

I would like for us to consider the possibility Christianity may be the most valid thought system and belief system in the history of humanity. I would like to explore the teachings of Jesus of Nazareth. Over the next few days, as we near the celebration of the birth of Jesus, I would like to look at the “philosophy” Jesus taught to his followers. Was it dangerous? Was it controversial? Is it dangerous today? Should Christianity as a philosophy be labeled as dangerous by today’s culture? Are we justified in outlawing any expression of the celebration of “Christmas” at this time of year?

Come back in the next few days as I explore the pure teachings of the man, Jesus of Nazareth. In deference to those who are atheists or agnostics I will discuss the teachings of Jesus from his strictly human point of view. I think that we will find that no matter what we may now believe about Jesus Christ in our individual “religions” that his teachings are universal and can become the foundation of the best way we as humans can conduct ourselves in this day and age of fear, anger, hate, hopelessness and coming darkness.

Posted on November 29, 2012, in Apologetics, Breaking News, My Writing and tagged agnostic, Atheism, Bill O'Reilly, Christianity, Christmas, philosophy. Bookmark the permalink. Comments Off on I’m a Doctor, Not a Philosopher!.