When I look at the man in the mirror, I’m not sure who he is. It’s not the image I have of myself in my head. I’m still that slim, athletic twenty something guy that was running 6 miles a day and had a 28 inch waist. Now, I’m lucky if my thigh is under 28 inches in diameter!

Getting old is NOT for the faint of heart. Since 2009 I’ve had neck surgery, almost broke my hip dancing to Thriller on the XBox, had major problems with my legs related to a herniated disc in my back that will one day have to come out, chest tightness in May resulting in a cardiac catheterization that was normal, and just recently a brush with prostate cancer. It was that last thing that plagued me now for almost three months.

My PSA (Prostate Specific Antigen also known as Profound Stress Anxiety) doubled on a routine screening test in November. My urologist recommended a biopsy with the statement, “When your PSA doubles at your age, the changes you have cancer are 30% or 3 chances out of 10”. My father had prostate cancer. His father died of prostate cancer. I decided to go for the biopsy. Problem was, I could not have it until January. I would not be off from work and in town long enough to have the biopsy until then. True, I was off the week of Christmas, but who wants a shiny new prostate biopsy for Christmas!

It is all said and done, now. And, looking back I’d like to make some observations:

The Anticipation of the Event was the worst part of the whole thing. Endless waiting for the day to arrive. This has really opened up my eyes to what patients go through after I tell their physician, “The CAT scan shows a mass and I recommend a biopsy.”

“Local” anesthetic is NOT anesthetic! My urologist placed a probe up inside my rectum and then uttered these words: “You’ll feel a little pinprick when I deaden the tissue.” Pinprick my, well, my lower anatomy! It hurt! Bad! I use local anesthetic on just about every procedure I do, although my procedures usually go through the skin which is far less sensitive than the lining of my, well, lower anatomy. I now have a new appreciation for what my patients are feeling when I use local. From now on, I will say, “This will feel like a big wasp sting and it is going to hurt like hell”.

Completing the procedure in a timely fashion helps a great deal. My urologist was quick and efficient and literally, the 14 biopsies took less than a minute. It didn’t make them any less painful. But, I hardly had time to think about what was going on before the next biopsy was being done. I’ve noticed this in my own practice. I try not to prolong the procedure with unnecessary “down time” such as preparing the biopsy tray or long chit chat with the patient. Get it done as painlessly as possible and as efficiently as possible. It is wonderful news to hear from my patients when they tell me what I told my urologist: “It’s already over? Thank goodness!”

Getting the news, good or bad, is very, very stressful. I was scheduled to return a week later for my biopsy results. Being a physician, I knew that the results would probably be in much sooner than that. My urologist showed me professional courtesy and called me the minute he had the results. In one way, this was great. I didn’t have to wait a week. On the other hand, it was harrowing. I didn’t know WHEN I would get the news. I would almost have preferred to wait a week knowing the exact date and time I would find out as opposed to watching the clock and the calendar and my iPhone screen waiting for the call. I was a nervous wreck with anticipation. But, good news or bad, I was relieved just to finally know.

Expect the worse and when it doesn’t happen, you are relieved. If it does happen, you are prepared. My wife doesn’t understand this. My father taught me this principle when on the first night in my new bedroom after my sister moved out he brought a hammer and placed it on the night stand by the bed. “What is that for?” I asked. He looked at me and frowned. “To break the glass out of the windows when the house catches fire so you can jump out.” My eight year old mind was alarmed and I slept with the hammer clutched in my hand the entire night but truly never slept waiting for the first tale tale odor of smoke. But, by anticipating what it would mean to have a positive biopsy, I was already prepared. I had researched the treatment options and had even chosen the surgeon and oncologist if the biopsy was positive. I was prepared. And yes, when I heard the results were negative, I danced with glee; shrieked with joy; and thanked God and everyone who prayed for me.

Telling people “It’s going to be okay.” just doesn’t work very well. I learned this the hard way. My friends told me over and over, “Don’t worry, Bruce, it will be negative. You’ll be fine.” I am not normal. I started tallying these remarks and when they were approaching 100, I realized that if this were a democracy, there would be no way I could have prostate cancer. However, there was only one “vote” that counted and that would be the pathologist who examined my biopsies and declared them truly normal. In my atypical, paranoid way the more reassurances I received, the more certain I was that my biopsy would show cancer. Certainly not my friends’ fault. They meant well and it was ME who was having a problem. Weird, warped, paranoid Bruce! Go figure! But, what this taught me is that when I have a friend or relative in this situation in the future I am going say, “No matter what the outcome, I’m thinking about you and praying for you and if there is anything I can do, let me know.” But, then, thank goodness most people aren’t as paranoid as I am! Or, or they???? 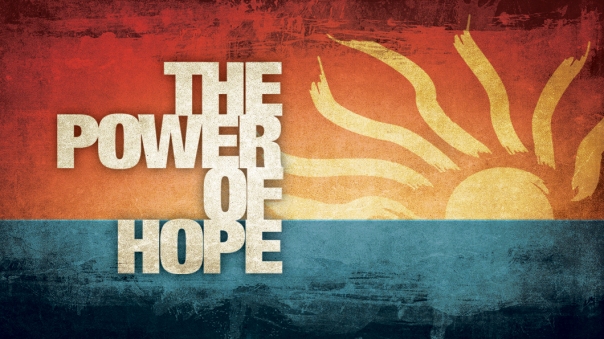 So, let me play off of that last paragraph with the thought that brings all of this together. What we need is HOPE. From my friends, my wife, my children, and everyone who prayed for me, I received hope. I can’t receive hope from the world. Our world is not founded on the hope of Christ. It is founded on the hopelessness of chance; randomness; relativism; naturalism. Only the worldview of Christianity gives us ultimate hope. It tells us that the pain and suffering of this realm are nothing compared to what lies beyond. For, in our future is Another Country with a swift Sonrise and a fair shore where pain and death are but a distant memory. A New Heaven and a New Earth. Our scientific view of the universe promises only a slow, cold death as the energy of the universe dissipates. And, we cannot change the universe. But, there is a second creation coming according to Christ; a world in which these trials and pains are nothing more than training programs for what lies ahead. Hope. That is what got me through the endless weeks. That is what got me through 2012.

May the God of hope fill you with all joy and peace as you trust in him, so that you may overflow with hope by the power of the Holy Spirit. Romans 15:13