← Something Evil This Way Comes!
We are Chimera! →

I watched the sword impact with the woman’s neck and, thankfully, the news channel cut off the feed before it got too grisly. The newsfeed had originated from a soccer stadium on the other side of the world. I couldn’t breath and glanced over at my wife sleeping soundly in our hotel room bed for an afternoon nap. I quietly eased through the curtains and out onto the balcony. In stark contrast to the images of a real execution in Afghanistan I had just witnessed, the magical world of Disney’s California Adventure stretched out below me in the fading evening sun. My cell phone rang and I settled into a chair. My pastor was calling to see how our trip to California was going.

“Not too well, Mark.” I said. “It just seems that everyone I meet is so narcissistic, so self centered. It’s all about me, me, me. And, on live television I just witnessed a fanatic faction executing women in an arena for being caught in public with their ankles exposed. What kind of a world is this? I’m sitting here overlooking a Disney theme park in a state that is known for its self absorption and on the other side of the world crazy, fanatics are killing women because of a little exposed ankle flesh!”

“Well, I’m having a good day, too.” He answered sarcastically.

I went on to apologize for being so negative. And, I shared with him my growing sense of evil all around me. For weeks now, I had become increasingly enveloped by a cloud of oppression and despair the likes of which I had not felt since I went through my horrific depression years earlier. It was as if some great, unbound evil was coming preparing to pounce upon the world. I’ll never forget what I said next. “Mark, I think Satan is about to perpetrate a horrible evil on America unlike anything we have seen in decades and we are totally unprepared for the spiritual repercussions. God is trying to get our attention. And, the sad thing is, if something horrible happens the very person we will blame is God! And yet, we have escorted God right out of our daily lives and we will wonder how God let this thing happen.”

Mark sighed. He understood me but felt I was overreacting. “Enjoy Disney, Bruce. Don’t worry about evil for the next few days.”

I hung up the cell phone and watched the afternoon parade make its way around California Adventure. The parade was filled with color and sound and music and revelry. But, that failed to lift the pall of impending doom from my mind. My wife and I were at a Disneyana Convention for collectors of Disney memorabilia along with about 1500 other attendees. Normally, the convention was held in Orlando but this year, we were in Anaheim at the Disneyland resort.

Four days later, we I sat in the terminal at John Wayne Airport waiting to board our flight back to Louisiana. I spied a man sitting alone in the corner of the area. As he bit his nails, sweat beaded on his forehead. His eyes shifted back and forth in paranoia. My heart sank and my mouth grew dry. This man was a hijacker. I just knew it. He would hijack our airplane and blow it up in mid air as it flew towards Dallas for our connecting flight. That was it! I wasn’t getting on that airplane! Even though I had to be back at work the next morning, I decided we were not getting on this airplane with a hijacker! As I turned to tell my wife, I noticed a woman with a fussy child enter the waiting area. The man stood up immediately and it became apparent by their conversation that the child had gotten sick and the mother had taken the child to the bathroom. The man’s concern centered on a sick child, not an upcoming act of terror. Nevertheless, I could not contend with the growing paranoia within me. Something bad, really bad was about to happen.

I prayed all the way home and our flight was uneventful. The next day at work, I waited for the paranoia to lift. It didn’t. Instead it got worse. I had the feeling some grand conspiracy was at work to effect great evil on the land. That night, I slept restlessly and shortly before dawn had a very lucid dream.

In my dream, I was standing atop one of the tallest buildings in America. A great city stretched before me and over the horizon, a huge serpent arose and coiled its way through the streets of this great city. Finally, the serpent raised its head and hovered before me. “I am the Enemy and I will devour your country!” It hissed and began to eat the city below me, gobbling down buildings, cars, people, everything until I hung over a great, dark void of evil. I woke up in a cold sweat at 5 in the morning and the after effects of the this disturbing dream would not abate. I showered and got ready for work. My wife was up, something unusual at this early hour and I shared the dream with her. These were my very words:

“Sherry, Satan is going to perpetrate some great evil on America today. I don’t know what is going to happen, but it will be very, very bad.” To her credit, she didn’t blow off my dream or my apprehensions. She could have accused me of falling for a silly conspiracy theory. Instead, she began to worry about our pastor’s wife who was at that time fighting cancer. The last time I had experienced this feeling, although on a much smaller scale, our friends had ended up in a life and death crisis at the hospital. Without telling me, she decided to go and visit our friend.

I arrived at the hospital and began my work and it wasn’t an hour before one of the workers in radiology called to me from the only office in the area with a television. We huddled around a live feed of the World Trade Center. The newscasters were theorizing what caused a lone passenger jet to collide with one of the towers. I remember stepping back and  addressing the people in that small office.

“This wasn’t an accident.” I said. “This was deliberate. An act of terrorism and there will be another airplane they’ve hijacked to fly into the other tower.”

Everyone looked at me like I was insane until just seconds later, we watched the second airplane collide with the second tower. 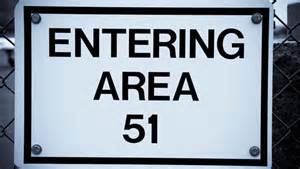 The world changed forever that day, much as it did when President Kennedy was assassinated or Pearl Harbor was bombed. I remember sitting down my two children that night and telling them that their world, their future would never be the same again. I told them they would grow up now in a world gripped by fear much as I had grown up with the threat of mutual nuclear annihilation. There would be no peace for a long while.

Last week, I posted about evil and its very real presence in our world. Numerous times in my life, I have been besieged by the premonition of some coming great evil. One could say I bought into conspiratorial thinking as I discuss in my new book, “The 11th Demon: The Ark of Chaos”. Conspiracy theories form to fill in the blanks; to make sense of the senseless; to attribute a great act of evil to the lapse of great men and NOT the act of very evil men. Time and time again throughout my life, I have experienced what I felt in the weeks leading up to 9/11. I no longer ignore these feelings. I believe it is the Holy Spirit groaning within me in anticipation of this evil. Sometimes, now that I know what is happening, I have tried to head off the evil without success. Trying to warn someone that something evil and horrible is about to happen to them just makes them look at me strangely. 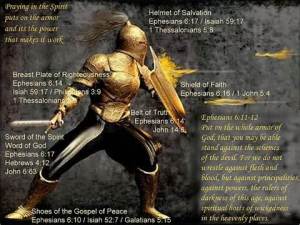 As strangers in a strange land, follows of Christ are surrounded by the enemy and his workings and dealings. Satan and his minions work behind the scenes in the lives of people of power and prestige; through governments — powers and principalities — as the scripture says. And, as the old saying goes, the only thing that can happen to allow evil to flourish is for good people to do nothing. We go about our lives, rationalizing the bad things that happen around us and refuse to see there is something greater and more powerful behind these events. I believe there is a power behind them but there is a Power stronger and more effective than any evil. It is to that Power we must flee and sit at the feet of the Savior so that we become girded with the spiritual armor we must have to fight this world’s evil. I believe this is the truth. I do not believe it is a conspiracy!

Read more about conspiracy theories and how they affect the powers and principalities in our world in my latest book, “The 11th Demon: The Ark of Chaos”. You can order this book from the ORDER tab on this web page or find out more about it at www.11thdemon.com.

← Something Evil This Way Comes!
We are Chimera! →