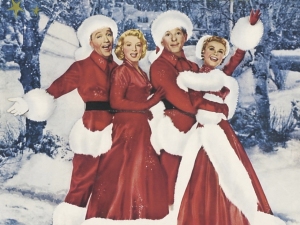 My second favorite movie at Christmas is “White Christmas” with Bing Crosby and Danny Kaye. Unlike “Miracle on 34th Street” this movie has nothing to do with commercialism and the abuse of Christmas. It is a heart felt movie about love, sacrifice, and, well, misunderstanding.

Two soldiers on Christmas Eve 1944, Bob Wallace (Crosby) and Phil Davis (Kaye) are putting on a Christmas show for the troops when their retiring General Waverly (Dean Jagger) comes to bid them farewell. Wallace saves Davis from a collapsing wall and Davis uses this to convince Wallace to form a Broadway show featuring both of them. Wallace reluctantly agrees although he has always been a solo act. 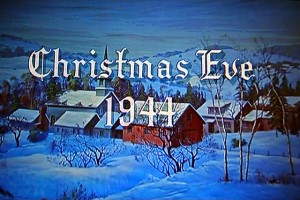 Ten  years later, Wallace and Davis inadvertently end up on a train to Vermont with two sisters, Betty (Rosemary Clooney) and Judy (Vera Ellen) after seeing their act. The sisters are to sing at the Columbia Inn. When they arrive, there is no snow and the inn is about to go under. The men soon find out the inn is owned by General Waverly and his granddaughter. Through a series of twists and turns, Wallace and Davis agree to host a show that will feature the sisters and will bring in a huge audience on Christmas Eve. They surprise the General by bringing back most of the troops who served under him and, of course, at the end of the movie it finally snows!

Three concepts about this movie always impress me:

1 –SNOW! I live in Louisiana. We get snow rarely, if ever at all. If we do get snow, it is in early November or late January. We NEVER have a white Christmas. As a child, I would pray every night in December for a white Christmas and it would never happen. I remember one night when I was 8 standing in the cold outside my back door looking up at a porch light high in the air wishing I would see just one swirling flake of snow!

The train ride to Vermont in the movie features one of my favorite songs: Snow. I love the line “I want to take a bath in snow.” Years later, after I got married my wife and I began snow skiing and one February I skied over the edge of a mountain into a huge drift of snow and I got my snow bath! 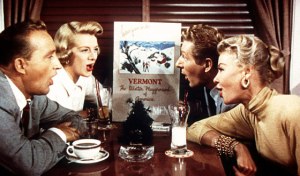 This year, I’m not wishing for a white Christmas. Here in Louisiana and next door Texas we have had maybe four rain showers since January. The ground is so dry and the rivers and lakes have dried up. This year, I am praying for a Wet Christmas. Right now, it is raining outside my window and the temperature is about 45. I sat on my front porch with a hot cup of coffee and I watched it rain!

2 — COUNT YOUR BLESSINGS. This is the time of year when depression hits me very hard. I suffer from depression thanks to some errant gene my father inherited from his father. All of the Hennigan men seem to suffer from this kind of melancholy. It was so bad years ago, I went through two years of treatment and ended up writing a book about depression. You can check out my previous post here and my book, “Conquering Depression” here.

My wife, on the other hand, is always practical, cheery, and optimistic. She just doesn’t understand why I don’t just “get over it”. I wish it were that simple. The song, “Count Your Blessings” always warms me inside when I watch this movie. Of all the counseling advice I have received, the best came from my wife. Depression hits most hard for me when I go to bed at night and so, my wife urges me to count my blessings and I will go to sleep. Guess what? It works. 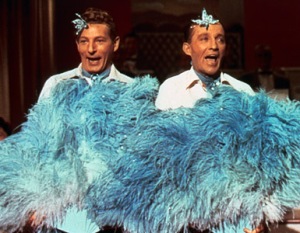 3 — WE’LL FOLLOW THE OLD MAN. This song that bookends the movie is one of the most tear inducing moments I have ever experienced in a movie. Most women wouldn’t understand it. It is because the kind of relationship women have with their friends is the kind of relationship men only dream of. We are stoic and macho and manly men and to show affection toward one another is looked down upon. Or more recently, painted with the wash of some kind of possible sexual or romantic attraction. It is difficult for men to just be friends anymore.

I have several “best” friends and when we see each other now, I give them a hug without hesitation. I really don’t care what the world thinks. These guys are like my brothers. That is why I love this song in the movie. It evokes a time when men cared for each other with brotherly love, philia. It was a time when men would do anything for a pal, a comrade, a buddy. It was a time when men would die for each other. Those days are lost to us now, wandering off in some kind of hazy fog of nostalgia. But, this song, at the end of the movie brings it all back again and makes me appreciate my friends more than ever. Here are the lyrics and snippet of the movie:

Because we love him, we love him
Especially when he keeps us on the ball

Go and watch “White Christmas”. Bring a hanky or two and have your significant other snuggle up beside you. And this season, think about the baby in a manger who grew up to be a man. Will you follow this man wherever He wants to go? I hope so! 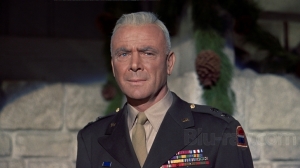