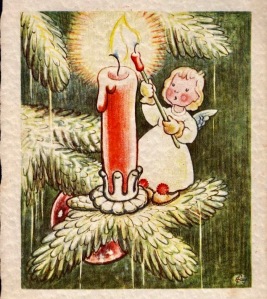 In 2005 Brookwood hosted the play, “The Homecoming Tree”. The story of a 13 year old boy faced with the tragedy of his father not returning from the attack on Pearl Harbor set the stage for a powerful drama. The story centered around the Collinsworth boarding house between Thanksgiving and Christmas 1941. Since that time, I have been working hard to complete a novelization of that story. I finished the final draft of the novel today! I hope it will be available for purchase by mid November. Here is an excerpt from Chapter 2 when the ruthless businessman, Roy Anderson, finds himself catapulted back in time to 1941 and his memory erased. In this scene, Daniel Collinsworth has found his father’s hidden book safe containing the medal his father won and a surprise.:

Frank picked up the wax paper. He studied the dark shreds of tobacco and then lifted them to his nose. He inhaled, and a contented look came over his face. “I wouldn’t mind taking a bite or two myself. But, I promised you, mother, I would quit. That’s why I put it here in my hidden treasure box.”

Daniel’s eyes widened in surprise. “But, if you quit, why didn’t you just throw it away?”

Frank lowered the tobacco and reluctantly closed the wax paper around it. “Let’s just say I was hoping one day she might change her mind.”

“Why did she make you quit?”

Frank put the tobacco back into the book and put the papers on top of it. “Ever kiss someone who’s beenchewing tobacco?” END_OF_DOCUMENT_TOKEN_TO_BE_REPLACED

Comments Off on The Homecoming Tree