This is the week our new book on depression launches. There are two events so check them both out. 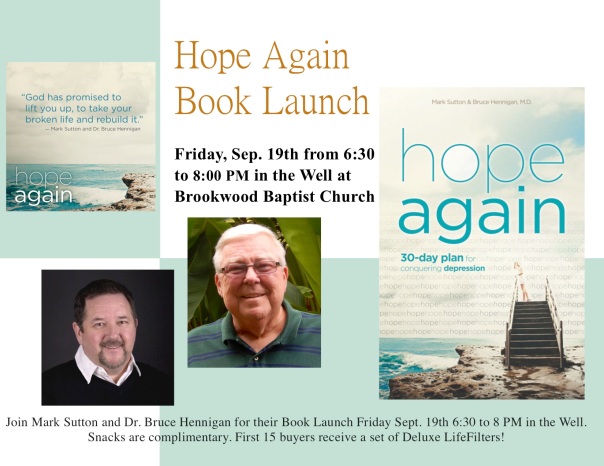 Our book launch is Friday night and snacks and coffee are complimentary. Also, if you want copies of my Jonathan Steel Chronicles, they will be available at special prices along with complimentary tee shirts.

BUT, if you can’t make it Friday: 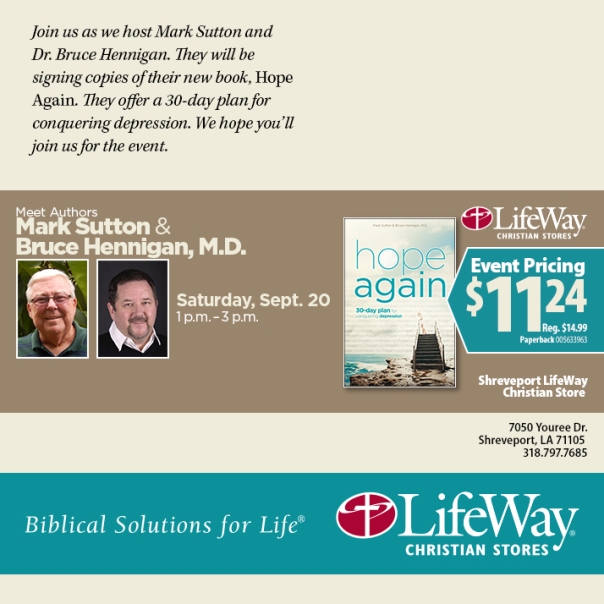 Come out and support our local LifeWay Store.

The Coming of Vampire Majick!

We are fascinated with the undead.

Why are we so fixated on vampires and werewolves and zombies? What is it about our culture that makes these icons of horror pop up all over the movie screens and the television screens?

My fascination with vampires began when I was 8. Every day I would come home from school and hunker down in front of the television with a bologna sandwich and a glass of chocolate milk to watch the 3:30 Dialing for Dollars Movie. The movie was always a badly edited down version of some horror or science fiction movie. And, in the middle of the movie, a man would show up with a wheel of fortune and a hopper full of phone numbers. He’d spin the wheel and give the viewer the “count, the amount, and the direction”. If he called your home number and you could successfully give him all three, you won the money. 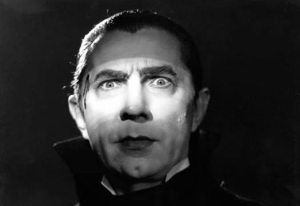 But, I wasn’t interested in the money. I was interested in the show. It was a cold October afternoon when I first watched Bela Lugosi as Dracula. His eyes were so mesmerizing. Now, I can appreciate the lighting and the camera angle that gave him such a hauntingly hypnotic look. But at the time, I hid behind the chair. I did not dare to look into his eyes! And, those fangs! Yikes!

That evening after supper, I went out into the front yard to play in the fading sunlight. I stood in our front yard and gazed down the long strip of our 62 acres of land toward the setting sun. It was one of those brutally brilliant sunsets filled with bloody orange and crimson. The cold chill settled into my bones and I was transfixed by the sight of that sunset. A voice whispered across the yard. I turned away from the sunlight. No one was there. The voice returned now, more strident and demanding. This time it came from the highway that ran in front of our house.

I squinted in the darkening light and there across the highway at the edge of a dense woods stood a dark figure at the edge of shadows. His face was pale and glowing from a stray ray of the setting sun. He was dressed in a long black coat and his dark hair was plastered back from his forehead.

I was paralyzed with fear, rooted to the ground by this wraithlike figure. He spoke again in a raspy voice and I could not understand him. My heart raced with fear and finally my feet tore themselves from the ground. I ran across the yard to my front door afraid that at any moment those taloned hands would grasp me and those fangs would sink into my neck.

After investigating, my father later told me the man was a hunter in the woods across the highway and had gotten lost. He was only asking for directions. Yeah, right! How subtle and deceptive are the vampires! I believed for a long time that man had hypnotized my father. And, it would be months before I would go out into the front yard at sunset. In fact, that night, I whittled a wooden stake out of some scrap wood and put a shaker of garlic salt by my bed. It was the only garlic we had in the house. I took a piece of paper and drew a huge cross on it and pinned it to my pajamas right over my heart before I went to bed.

I held the stake by my side along with one of my father’s hammers. I was prepared. My bedroom window looked out over the front yard and we had no curtains to screen me from the horrors of the front yard.

I did not encounter a vampire that night. I have to believe the stake and the garlic salt and the cross protected me. But, my fertile imagination grew that chance encounter in my mind into a full blown horror of vampires. When it came time for me to write the second book in “The Chronicles of Jonathan Steel” I chose my favorite fascination with the macabre, vampires. 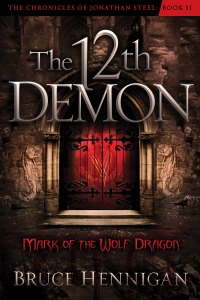 On October 16, 2012 my second book will be released, “The 12th Demon: Mark of the Wolf Dragon”. In my book, there is a historical thread that leads from 500 B. C. to the present. Along that thread, we see the bits and pieces of legend that combined in the 1800’s as the Dracula legend created by Bram Stoker. The vampire himself is Rudolph Wulf, a man in league with the “12th demon” and he has created a specially modified blood that gives his followers “vampire majick”. In the process they acquire a mark, the symbol of the “wolf dragon”. What is the wolf dragon? Well, pick up a copy of the book and you’ll find out.

If you live in the Shreveport, Louisiana area, I will be holding a book launch at Brookwood Baptist Church’s coffee shop, the Well on October 19th from 6 to 8 PM. BBC is located at the corner of I-49 and Bert Kouns. I will be giving away an iPad3, a Kindle HD, and the new Kindle backlit reader in a drawing of those who purchase a copy of “The 12th Demon”. I will be signing copies of my first book, “The 13th Demon: Altar of the Spiral Eye”. And, my co-author, Mark Sutton and I will be signing copies of our book, “Conquering Depression”. Coffee and snacks are on the house. We will be speaking on publishing and answering questions, so come by and join us.

And, leave the vampire in the parking lot!

Comments Off on The Coming of Vampire Majick!