When I was ten years old, my aunt gave me a brass box. She was a dealer in antiques and passed the box on to me. I wasn’t sure why she gave me the box. It is lost somewhere in my attic. But, this past week I was thinking about story ideas. Where do ideas come from? How do you start a story? Sometimes, for me, it is a mystery. Specifically, a mystery box as J. J. Abrams has spoken about. What is in the box? It can be a literal box or a figurative box. Whatever is in the box is the great motivator for the story. So, just for fun, I present to you the beginnings of a story. I thought about that brass box of mine somewhere lost in my attic and wondered what was originally is this box. So, here it is. The beginning of a story. Read it and ask yourself, how would you end the story? What do you think is in the box? What is the mystery here? Just for fun, stretch your storytelling ability and drop me a comment and tell me what you think.

The box spoke to me in the middle of the night. It was not the first time.

The box is four inches tall by eight inches wide by six inches deep. It is covered in a beaten brass shell. The box is sealed and cannot be opened. On the top of the box is the impression of an American Indian in full headdress hovering over a boulder in the desert. Sitting atop the boulder is the skull of an animal. The animal is not of this earth.

I was thrashing about in my bed, suspended between the world of nightmare and the world of reality when I heard the box call my name. I arose from my bed and held a candle to the clock on the mantle above the fireplace. Three A. M. The box always spoke at three A. M. I slipped on my robe and made my way quietly down the hallway and passed by the nursery. Richard and Nathaniel were deeply asleep woven into a tapestry of dreams of soldiers and infantry. I eased down the stairs to the foyer and stood at the entry to my study.

Bloody light diffused across the mounted antelope head above the fireplace. When the box speaks, it glows a golden crimson and there is music unlike any music human ear has heard. My heart raced and I felt sweat trickle down my back.

“Michael. Michael. Michael.” The voice was soft, pleading and feminine. It rose gently against the rhythm of the unearthly music. It wove the threads of my name amongst the chords. I moved carefully around my desk and sunk into the leather chair. The box sat in the center of my desk. Pulsing; glowing; singing; calling my name.

The voice ceased its pleading. The pulsing crimson light faded. The room filled again with empty, cold shadows and the box sat there. I swallowed and reached a shaking finger to touch the face of the Indian on the top. The metal was as cold as ice and I withdrew my finger quickly. At times, the box was hot. At times only lukewarm. At times, I had felt nothing at all, not even the slightly rough texture of its surface.

I ran my index finger along the seam around the top of the box. It was growing warmer, returning to room temperature. The seam was barely palpable. I had tried many flat edged devices to open the seam. All had been unsuccessful.

“Why do you call to me?” I leaned forward over the box. “What are you?”

I jerked up in surprise shoving the chair backwards. It clattered against the windowsill of my study. Nathaniel stood in the entryway. His night shirt was pale and wrinkled and his blonde hair coiled around his head in disarray.

“I heard something, Papa.” Nathaniel stumbled sleepily into the room. He was only eight and yet already, he had grown six inches since his last birthday. I was beginning to see his mother’s willowy figure in his body language. It made me sad. Nathaniel wrapped his arms around my waist and buried his head in my chest.

I gasped and combed his hair with my fingers. “Mother is in heaven, Nathaniel. You know that.”

He pulled his head away from my chest and gazed into my eyes. In the weak light of the moon coming in through the window behind me, his eyes were maroon and filled with moisture. “But, she called to me in my dreams. I heard her, Papa. I heard her.”

Comments Off on The Crimson Box

Editing the Book — The Mystery Box! 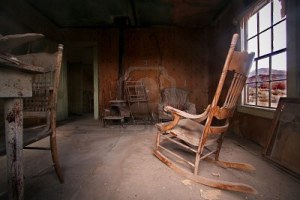 There was the mystery of the man in the rocker. My mother often told the story of how, at the age of 14 (which would be in 1932) she was forbidden by her mother and father to go to a dance party. In the small town of Saline, Louisiana there just wasn’t a whole to do for entertainment and my mother really wanted to go to the “Jump Josey” party. So, after she was sent to her room, she slid out the window and ran across the yard in the dark toward the neighbor’s house.

She would talk about how much fun she had at the party and suddenly realizing how late it was. So, she ran back to her house. It was now close to midnight and the little hamlet of Saline was quite and dead as a door knob.

She eased up on the front porch with her shoes in her hand and into the house. As soon as she shut the front door behind her, she head someone rocking in the rocking chair. In the dim interior of the living room only lit by reflected moonlight, she saw someone sitting in the rocker. Her heart was beating and she was so afraid it was her mother and father. She quietly slipped by the chair but when she passed her parents’ bedrooms, they were both in the bed fast asleep. All of her sisters and her brother were in their beds. Then, who was in the rocker?

This was the great mystery. I remember sitting on the edge of my seat as my mother told this story. She told it over and over throughout my childhood. And, I jumped every time the big Reveal was, well, revealed. In fact, my mother and father were incredible story tellers. It seemed as if their entire lives were one unending story after another. I grew up believing in fairy tales and ghost stories and that good would always triumph over evil. I grew up believing that life, like stories, has a beginning, a middle, and an end and the best stories always have the strongest endings! I grew up believing that everything in life was a story; coherent; understandable; forward moving toward a satisfying end.

In our postmodern culture where relativism rules supreme, it is difficult to see where life in the 21st century matches the classic story. I guess that is why I absolutely LOVE anything written, directed, or produced by J. J. Abrams. Yes, I watched every episode of LOST with breathless anticipation. And, yes, I loved the finale. It fit. It was inevitable. It was a strong ending. I watched every episode of Alias. I went back and watched Mission Impossible III again and loved it. And, Fringe is one of my favorite shows right now. Just last week, I got hooked again by Alcatraz. And, as a life long Trekker, I was shocked and stunned by the brilliance of his reboot of Star Trek.

This past week I began the long process of re-editing my final version of my next book, “The 12th Demon”. Today’s post is about plot. My editor, Andy, had this to say about character development in light of the plot devices regarding one scene where Jonathan Steel has “lost” the teenager Josh again and is reeling with emotional conflict over this failure to keep his promise to Josh’s mother:

You’ve written a novel that centers around action, which is excellent. However here it would be good to dwell on Steel’s emotions. He’s just lost Josh. He would be feeling ashamed, angry, and even afraid. Help the readers connect with him on an emotional level by giving Steel a moment of vulnerability here. See this talk by JJ Abrams about the most important scene in Jaws (start at 10:00).

Here is the link to this most excellent discussion. Watch it over and over and bathe in the pure brilliance of the Mystery Box.

My mother gave me a “mystery box” each and every time she told me that story. It set the stage for my entire life. It has made me an investigator of all around me: people, places, things, situations, life in general. For in everyone of us, in every situation there is a mystery to be solved. And, it is in the journey to discovery that life finds its most satisfaction for me. In fact, the greatest discovery of my life was in finding a relationship with Jesus Christ. Opening that “mystery box” was the most profound experience of all.

My mother slowly crept back into the living room, still carrying her shoes. The rocker was still but as she got closer, it began to rock again and she could now hear a deep, throaty breathing from the person in the chair. Who was it? Had someone come into the house to rob them? She should have run back to her parents’ bedroom and cried for help, but if she did, she would be in big trouble over the dance. So, she drew nearer to the chair and asked, “Who’s there?” More deep breath and now, a thumping sound like a heart beating hard and slow. She reached out in the darkness and felt hard, scratchy whiskers and she screamed, throwing her shoes up in the air. The man in the chair bolted up and landed right on top of her as they toppled to the floor. The man’s face grew close to hers and he . . . licked her. He licked her? The lights came on as the family tumbled into the living room and there perched on top of my mother was the family hound. You can figure out the rest!