← CSI Golgotha: A Forensic Analysis of the Death of Jesus of Nazareth
CSI Golgotha Available in Faith & Family And Upcoming Conference! →

Hanging on the Wall

“Welcome to my humble spaceship.” 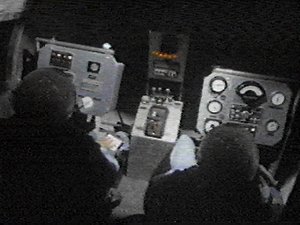 My friend, Phillip looked at me and his mouth fell open. “Your what?”

I had built the spaceship myself. The viewscreen was composed of two old glass windows with the panes still intact. The console was a mixture of broken radios, the insides of a huge stereo, and the guts of an old washing machine. I had placed some twinkling Christmas lights behind the console to make it look like it actually worked. The “captain’s chair” was a bucket seat from an old car and the sides and roof of the control room were made of old doors and rusted tin shingles. To my friend, it was a barely organized pile of junk. To me, it was my spaceship and I was the captain! 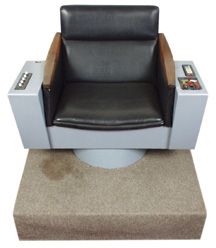 We never played in the spaceship. Instead, we went back to my bedroom and talked about girls and baseball and girls and pizza and girls. We were in the seventh grade and Star Trek was in its second year on television. Phillip and I were best friends for the next few years. We went to junior high school, high school, college, and medical school together. When it came time to decide what type of doctor to be, Phillip just assumed I would follow in his shadow. He just knew I would become a cardiologist and move to a far away state to do my internship and fellowship. But, something had happened along the way. I had fallen in love and my girlfriend, now my wife, would be 1000 miles away if I went with my friend. So, I made a decision. Phillip didn’t understand. He said something that clearly separated our individual concepts of how each of us would “change” the world.

“You owe society a debt. You need to pay back to society for your education.” He would say.

Funny, but I seemed to recall I owed the bank a ton of money in educational loans. “Society” hadn’t paid my way through college and medical school. I grew up on the farm and only now do I realize we were poor. I stayed behind and became a radiologist. Phillip went on to become a cardiologist. We were at opposite ends of the medical “social” station. Radiologists are at the bottom of the food chain. Cardiologists rule the world.

This all came to mind today as my wife and I went to one of our local malls so I could find some dress pants on sale. You see, I’ve lost almost thirty pounds since January and I have two book signings next weekend so I need to look my best. As we walked down this long hallway filled with those fancy, air brushed photographs of all the local politicians and business leaders and social movers and shakers that this mall was known for, I stopped when I realized the latest picture, the photograph of “The Outstanding Business Leader” of 2011 was none other than my friend Phillip. My wife went on shopping and I just stood there looking up at my friend.

Curiously, I wasn’t jealous. I didn’t feel like a failure. Phillip deserved this recognition and I know him well enough to realize he probably received the honors reluctantly. He is, and always has been, a humble man. And, his work with local schools and statewide educational reform had been effective. He had fulfilled his dream of changing the world by paying back his “debt” to society.

So, what had I done? Had I performed anything quite so impressive as my friend? Would I one day get the call that I had been chosen to grace this hallowed hall with my portrait? I doubt it.

As I stood there, I realized that God had taught me powerful and painful lessons over the years. Time and time again, I found myself like George Bailey in “It’s a Wonderful Life” dreaming of going places and doing famous things only to have some little crisis intervene that kept me rooted right where I was.

I thought of the man who got up and ran out of the church after seeing one of my plays because he thought it was about him. I had never met the man, but that night, he met Jesus and it changed his life. I think of my friend R. whose decadent and playboy lifestyle had ended one Sunday night when he reluctantly sat through my play, “Crosstalk” and it changed his life forever. He met Jesus and in the years that followed led literally hundreds to Christ.

I think of the woman who wrote a passionate email to Mark Sutton and to me about our book, “Conquering Depression” and how she had the pills in her purse and was ready to die when she asked God to show her a book that would help. She didn’t take the pills, she met Jesus.

I think of Benny who just passed away yesterday of liver cancer standing behind me as I showed him the CAT scan of the cancer in his liver. I think of how I offered to pray for him and how one of his fellow Xray technicians took him under her wing and made sure he met Jesus before he passed away. Veronica showed me his certificate of baptism just one week before he died.

All of these seemingly small and insignificant events swirled around me as I looked at that portrait. I had not become a cardiologist. I had not followed my friend to the ends of the earth. But, I had followed my Savior. And, He had taken that strange and fertile imagination that could turn a washing machine agitator into a warp engine and He had used it to touch and change lives of people I will never know this side of heaven.

Do I brag? How can I? It is not my work that I now see in my mind. It is the work of God, the great unfolding passion of his Story; the inclusion of man and woman and child in the script He has written that began with the creation of the universe and passed through a fertile garden past a devious serpent and through the wilderness to a ram in the bush and the blood on a doorpost and a prophet surrounded by lions to a manger filled with peaceful animals and a glowing star. The lines of that script lead down the dusty road to a caravan where a twelve year old is missing; to a baptism of water and a dove; to the Adversary craving for worship. Down, down the long hallways of memory past ousted demons and living, breathing corpses renewed with life; past loaves and fishes to a lowly donkey carrying the King of Kings and a hushed, darkened room filled with ominous shadows while the Creator washes a dirty foot. It leads through the other garden filled with sweat and blood to the bloodied fists of the soldiers and the fresh flesh clinging to the cat of nine tails to the drops of blood trailed along the road by the splintered wood of a cross. It leads to a cross standing tall and defiant against the sins of all mankind; the sins of all time and space; an anchor point in eternity where God and Flesh and Life and Death and Redemption and Love all converged in a holy singularity that would rip the very fabric of life asunder as it conquered death.

The script is still unfolding in the light that is cast by the empty tomb. It is still moving all around us. And, although I do not have my portrait on a wall of fame, my name is written in the only Book that counts, the afterword, the director’s notes, the epilogue to the Story of God.

← CSI Golgotha: A Forensic Analysis of the Death of Jesus of Nazareth
CSI Golgotha Available in Faith & Family And Upcoming Conference! →
Loading Comments...