← What Have YOU Seen?
Aliens in Disguise →

The Wolves of Tomorrowland

I was examining the presents under our Christmas tree, anxiously wondering if my parents had gotten me what I had asked for Christmas when Erik Sevareid made a troubling announcement. I turned to our brand new color television and watched as the aging news anchor announced to the world that Walt Disney had died. It was Thursday, December 15, 1966. My heart sank and I collapsed in the middle of the floor. Uncle Walt was dead? How could this be? 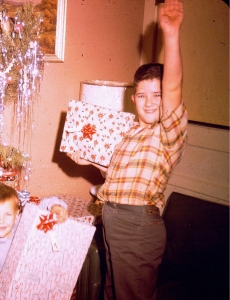 And so it was that on that day, my future died.

The 1960’s were a troubling time. The decade was an odd mixture of the worst of times and the best of times. President Kennedy had been assassinated three years before but the country was moving forward not yet mired in the disaster that would become the Vietnam War. Star Trek was a shining beacon of hope on television promising a future free from racism and gender bias and war. And, Walt Disney had just announced his vision for the future a few weeks before on the Wonderful World of Disney. He had talked about a city of the future called EPCOT, the Experimental Prototype Community of Tomorrow. Tomorrow was a word Walk used a lot. He even named one of his characters after it, Tom Morrow.

I had watched his animated shows on the future of space travel hosted by Werner Von Braun. I had listened to his descriptions of the new Tomorrowland in Disneyland. Now, I sat on the floor of our living room with tears rolling down my cheeks at the death of Walt Disney. And, although I did not know it at the time, I was witnessing the death of the future.

I grew up believing that humanity was headed for this glorious realization of our destiny. As such, we had the power to overcome racism and gender bias and hatred and embrace the kind of love and acceptance Jesus talked about when He said, “Love one another as I have loved you.” After all, Jesus was the first “hippie” and was totally counter culture speaking out not against the Roman government but against the bias and hatred of a perverted religious system dominated by the hypocritical religious leaders of the day. Even at the age of 11 I knew that most of the problems of the world were due to flawed, broken people who could never get the system right on their own.

But, there was hope. Hope for a future where we could use technology to eliminate disease and to build bridges of communication and acceptance across the world. Much of this idealism came from my reading the golden age of science fiction and watching Star Trek. And, of course, listening to Walt Disney.

But, it would not be long before the reality of a world dominated by economical and political forces under the control of selfish men would bring my future to a halt. The oil embargo of the early 1970’s destroyed the space program. It diverted our attention away from reaching out to the stars and instead to hunker down and hoard our resources. The Vietnam War and Richard Nixon’s betrayal destroyed the power of idealistic authority. No one could be trusted from now on, much less the government. There were triumphs over racism and gender bias.

But, the cost was the beautiful, glistening vision of the future promised by movies like 2001: A Space Odyssey. Year after year, the dreams died, crushed beneath a collapsing economy, a destructive Cold Way, and the rise of terrorism. We dallied with space exploration. We sent the shuttle into near Earth orbit and built a space station. But, it was not the station seen in the science fiction minds of the 1960’s who created a culture like Star Trek that inspired millions to become visionary scientists. We sent robots to explore other worlds in our solar system. But, it was not “one small step for a man”.

The human spirit has always been one of exploration, of imagination, of hope, of creating our future destiny and as I grew older it seemed that we became a reactive culture giving in to political correctness and divesting our future of the power it would bring if we just worked to make our dreams come true.

Instead of making these dreams a reality, we have developed a virtual reality filled with video games and the Internet and movies with such stunning visuals, we are transported to imaginary worlds. Instead we should be discovering them, not downloading them!

And so it was that this weekend I took my young adult daughter to see Tomorrowland. The opening sequence alone drew me into tearful despair over our lost future past. Critics had panned this movie saying it is “preachy” and that it is “message” heavy. Some say it is a silly romp through nostalgia.

But, as a failed guardian of the future we should have had; as a “baby boomer” who let the future down by abandoning the dream of the early 1960’s — a dream of diversity and acceptance and unity and peace and love — I was more depressed than ever. This movie showed me where we are today. A culture filled to the gills with dystopia and selfishness and devotion to tons of diverse social justice to make ourselves feel purposeful. A culture that has abandoned the foundation of a faith that is built on forgiveness and unconditional love. A culture in which the church has devolved into a quagmire of social issues and has abandoned its first Love and the love that it should be showing the world. Yeah, it’s my fault! I let you guys down! We had the dream in our hands given to us by Disney and Roddenberry and Asimov and JFK and MLK and all the dreamers who dared to imagine a world where we could all live together in unity and mutual respect.

Okay, so I’m preaching. It happens. We all do it. Every day. Everyone has a worldview and we fill every remark with disguised evangelism for our own point of view. Sometimes the defense comes across filled with hatred and disrespect and we forget that true tolerance is respecting all points of view even if we think that point of view is wrong.

Maybe I am an idealist. I used to be. Maybe I am an optimist. I try to be. Maybe I have hope for future where we unite in the effort to reach out beyond our world, where we respect our planet and not worship it, a world where we accept each others’ religions and points of view and stop killing each other over those differences. And, here is my one true possession. Hope. If anything the movie Tomorrowland celebrates hope. What wolf do you feed? Don’t understand that phrase? Go see the movie. I can tell you that each and everyone of us is feeding one of two wolves. And, only one wolf will win the battle.

To the critics who decry Tomorrowland, yes nostalgia can be dangerous. But, more dangerous is amnesia. We must remember the hopes and dreams of the past that laid a foundation for the world we are losing today. And sometimes, in our youthful hubris, we think that the ways of the past are obsolete and we think, as I did when I was a teenager in the 1970’s, that we know better NOW and we don’t have to wait for the tempering effect of age to develop wisdom. Today, we are replete and fat with knowledge. But, where is the wisdom?

I encourage everyone to see Tomorrowland. It is flawed. It is not perfect. It has problems but it is a hopeful message and that last scene is filled with diversity and hope and a vision of a future where everyone can enjoy true equality without fear of being killed by the drones/robots of fanaticism. Check it out and let me know what you think.

And, then go feed the world of hope!

Posted on May 24, 2015, in Steel Chronicles. Bookmark the permalink. 2 Comments.