← The Wolves of Tomorrowland
The Shreveport Times Article → 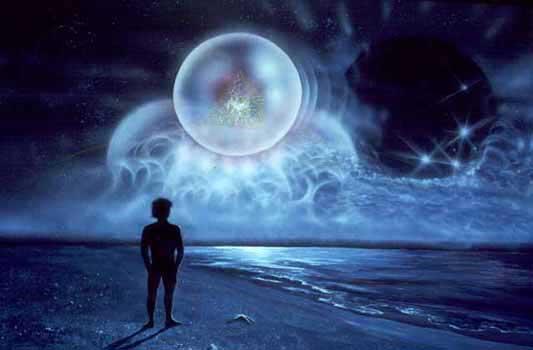 Those who accept the authority of the Bible and embrace a Christian worldview take different positions on whether God might have created intelligent life on other planets. This question has been debated at least since Thomas Aquinas discussed it nine centuries ago.

Scholars who believe extraterrestrial intelligence (ETI) physically exists see it as a display of God’s creativity and power. They argue that a God who so obviously enjoys creating, a God of unimaginable power, should not be expected to limit His creative expression to just one planet and its one species of spiritual beings.

I was ecstatic when I heard the announcement way back in 1986 that Gene Roddenberry was bringing a brand new version of Star Trek back to television. Star Trek: The Next Generation promised to fulfill all of my nerdy science fiction dreams. Granted, the first season was rocky thanks to a writer’s strike. But, the following seasons were profound. And, the best cliffhanger of all times in television occurred at the end of the third season when Captain Picard appeared on the Enterprise view screen and said, “I am Locutus of Borg”. 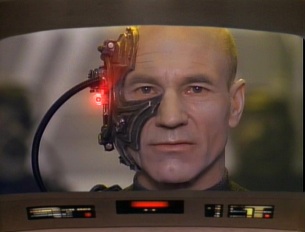 Somewhere in the final seasons of Next Generation an episode aired in which Picard along with a representative of several hostile races tracked down an interesting archeological puzzle and discovered a message from the past. It would seem that some master race of sentient beings arising through evolution ruled the universe in its early time period. This race then seeded the universe with its offspring and through the process of evolution and diversity, the races populating the STNG galaxy arose. The theme of the story was that we all have a common origin and our differences are only superficial. Since we have a common origin, why can’t we all just get along? After all, we are one big happy sentient family.

However, when I began my career as an apologist, I began to question the power of raw evolution to produces such diversity. Don’t get me wrong. I am fully aware of the power of genetic diversity and the power of evolutionary advancement within species. But, can evolution alone produce highly intelligent life in our universe with the same diversity and saturation of worlds we see in our science fiction stories?

This post is not meant to explore the question of evolution versus creationism. That is a very complex topic that deserves a deeper level of discussion than the superficial and very personal and emotion filled arguments we see on the internet. No, what I want to address is an issue for Christian readers and writers.

If life exists on other worlds, what does that have to say about the existence of the Creator God of the Bible?

Great question. It is one I have wrestled with for years. I love science fiction. I want to write about other worlds. In my early days of writing, I created an entire segment of the galaxy called the Alliance of Interstellar Systems or the AIS. I populated it with dozens of systems and planets; with dozens of sentient races; and with dozens of levels of technological advancement. Within that “universe” I have already written a dozen novels that will probably never see the light of a Kindle.

For the American Christian Fiction Writers blog, I posed just such a question in a blog entry. In that post I talked about the growth of parallel worlds in Christian speculative fiction. It is a device Christians can use without resorting to the blind mechanism of evolution to produce other worlds and other life forms.

Are we, as Christians, afraid of aliens? Not because they will hug our face and use our body as a gestational sac. No, because such life could indicate there is no need for God. If life is abundant throughout the galaxy, then why would we need a Creator?

In exploring this dilemma, I am moving ahead with writing my books using the foundation of science fiction and the possibility of other worlds. My upcoming book, “The 10th Demon: Children of the Bloodstone” was, at one time, the beautiful, dangling carrot that got me a book deal. I finished the original manuscript back in 2009. After self publishing my first two books, I submitted this manuscript to several publishers. Charisma Media offered me a five book deal with their imprint Realms Books based on the strength of the story of “The Tenth Demon”.

I was ecstatic to say the least and we moved ahead and I rewrote the first two books according to their very strict guidelines. They were moderately successful but I felt the stories suffered from the extreme limited word count restraints. “The 13th Demon” originally came in at 96000 words and I had to cut it down to 75000. It required sacrificing one of my main characters and the story suffered because of this. “The 12th Demon” originally came in at 120000 words. The rewrite was painful cutting it down to 75000 words and the results was a pale echo of the original.

It was at this point in 2012 I received a very impersonal, cold email informing me I had been released from my contract. I know this is business, but it hurt. I was depressed for weeks. The only ray of light during that fall was the fact B&H Publishing had asked my co-author Mark Sutton and I do update our depression book. I had another book project to replace the third demon book.

However, such are the mechanisms of traditional publishing that I had already finished a manuscript for the third book, “The 11th Demon: The Ark of Chaos” and from the beginning it was to be only 75000 words. I was persuaded by a very glib and articulate spokesperson for a self publishing company to use them with the promise I would be offered a traditional contract if the book did well. Over tens of thousands of dollars later, this experience has been a bitter disappointment. We live and learn.

“The 10th Demon” manuscript I submitted in 2009 came in at 150000 words, twice the length of my Charisma word limits. But, now, I am free to do what I want with the fourth book. Forget using some kind of quasi self publishing entity. I haven’t heard from any main stream literary house offering me a traditional contract based on sales of the third self published book. So, I’m moving ahead on my own. By now, I know the ropes. This ain’t my first rodeo! And, I’ve been thrown from the bull enough to recognize its excrement when I hear it.

I’ve received quite a bit of email enquiries about the next book. That means that some of you are my loyal followers, what Michael Hyatt calls my “tribe”. I don’t think we have a large enough number to constitute a tribe unless we think on the size of the tribes in Survivor. But, I am loyal to my readers. I could have given up after being so coldly dismissed by a company that had promised to publish my five books. And, I know its just business, but writers are dreamers. We live to write and to so callously toss us aside is devastating. Publishers should know this. Most of them were writers once. Once.

Now, I am asking my readers to be patient. In rewriting “The 10the Demon” I can now return it to its original length. And, I can flesh out the story without the fear of violating a publisher’s restraints. Why? Because I AM the publisher. I am planning on launching my own imprint called Area 613 featuring the fourth book and a science fiction spin off, “The Node of God”. To see the cover of “The 10th Demon” check out my post.

So, returning to my original discussion, I plan on exploring this idea of the tension between creation and evolution in the context of alien worlds. I will take the reader off the surface of planet Earth. We will journey to another world and ask the hard questions posed by Dr. Hugh Ross in the opening quote. I hope you will join me and be patient as I finish this project. I would love to have the book available by August 1 and I am making that my tentative goal. Hang in there and encourage your friends to buy the first three books. I will need some funds to make this happen and I appreciate more than anything your continue loyalty and support.

My dream is to one day get the first three books back in my control and restore them to their original length. But, that will have to wait for a few months while I finish “The 10th Demon: Children of the Bloodstone”. So, for now, look to the skies! I want to Believe!

← The Wolves of Tomorrowland
The Shreveport Times Article →
Loading Comments...