To Whose Kingdom do YOU Belong? 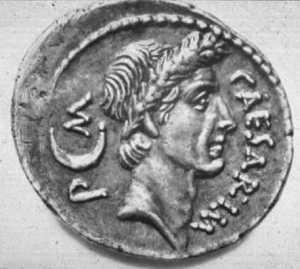 Then the Pharisees went and plotted how to entangle him in his words. And they sent their disciples to him, along with the Herodians, saying, “Teacher, we know that you are true and teach the way of God truthfully, and you do not care about anyone’s opinion, for you are not swayed by appearances. Tell us, then, what you think. Is it lawful to pay taxes to Caesar, or not?”

But Jesus, aware of their malice, said, “Why put me to the test, you hypocrites? Show me the coin for the tax.”

And they brought him a denarius. And Jesus said to them, “Whose likeness and inscription is this?”

When they heard it, they marveled. And they left him and went away.

It occurs to me that each side probably felt this way:

Obama is our savior and we only have to give him a little more time to let his plans come to fruition.

Romney is our savior and he will lead us out of this quagmire into the kind of America we should be.

All I want to say is this. God is NOT surprised about who won this election. Obama followers should stop and consider the onerous task ahead of our President. In fact, President Obama may have awakened the day after and wished he had lost! Romney supporters should realize that they were putting all of their hope in a man to save this nation. Romney is only human and probably awakened the day after the election with the stark realization that he was glad he lost!

Of course, I am presuming the extreme, but here is the message for those of us who are believers. Whether we are Pharisees, devoted to the letter of the law or Disciples nipping at the hem of Christ’s garment, or Romans devoted to a tyrannous emperor, the message to take away is simple. As believers, our allegiance is to another kingdom. God commands us to support our government because, good or bad, He has ordained it for purposes we cannot yet see.

We cannot put our faith in ONE man to change America. What God is showing us is that we must put aside our differences — cast aside our challenge of Caesar versus God — and dig in to make the country better. That will mean we have to reach out to the other side. In fact, we MUST meet somewhere in the middle.

President Obama, whether or not I voted for him, will need every millisecond of prayer and support as well as every member of Congress and every member of our national government if we are to survive this enormous challenge to the greatness of America. As believers, it is up to us to be light and salt in this battle; to show the love and compassion of Christ; to sit at the table with sinners and publicans; to wash the feet of those we do not share our political views. If we do this; if we are truly mirrors to the love of Christ; then those in power; those we favor or oppose will “marvel”.

Thanks to Jason Allen Brown for this shout out on Facebook:

Jason wrote: “11 days ’til I’m 26 and am officially hooked on Bruce Hennigan‘s The 12th Demon: Mark of the Wolf Dragon: just less than 10 chapters in and it’s a massive improvement from The 13th Demon. Highly recommended!”

Now, two announcements about my books. I will be signing copies of all three of my books, “Conquering Depression”, “The 13th Demon: Altar of the Spiral Eye”, and “The 12th Demon: Mark of the Wolf Dragon” at events.

The first event will be at the LifeWay Store in Austin, Texas on December 8th from 1 to 3 PM. I will post more information about the location of this store in north Austin later.

The second event will be at my own local LifeWay Store in Shreveport on Saturday, January 5th from Noon to 2 PM. I am very excited about this as our local store holds few book signings. So, all of my local fans need to mark that date on their calendar. Come and see me!

Monday, I will be posting on WHY I still attend book signings.

Comments Off on To Whose Kingdom do YOU Belong?