Luke Lee and I are working on the final layout of the novel and the cover for my next novel, “Death By Darwin”. For those interested in this upcoming novel, here is an excerpt from the book. Jonathan Steel has been retained by an attorney, Ruth Martinez, to help defend an innocent man convicted of killing his boss. In this scene Steel has met with Detective Lunella Jones and is being escorted to the Evidence lockup.

She fell silent and tapped the desk with her fingernails. “Well, Mr. Jonathan Steel, let’s get you to the evidence room.” Jones led me through the hallways of the police station to a remote room. A window covered with thick wire separated me from a large room filled with shelves. Jones spoke with the man behind the wire and then motioned me forward. His name tag read, “Juan Destillo, F.B. I. Crime Technician.”

“Juan is on loan from the feds. He’ll give you thirty minutes, Mr. Steel. See you later.” She walked away and Juan studied me like I was some insect trapped in amber. He was a slight man with unruly, dark hair and eyes that glowed with the menial power he had been given. END_OF_DOCUMENT_TOKEN_TO_BE_REPLACED

Comments Off on Death By Darwin Release is coming soon!

Evil Crouches at Your Door!

Let’s call him Ben. Ben was small, frail, about 4 years old. He had tousled blonde hair and pale blue eyes and translucent skin with dark blue veins visible just under the surface. In the brief time I took care of Ben, he never said a word. He never uttered a sound. I was a junior medical student charged with caring for Ben on the pediatric wards. His parents were stiff and silent on what had happened to Ben. They just found him in his bed still, quiet, and motionless save for the occasional blinking of his eyes and the rise and fall of his chest.

It was the late 1970’s and a new machine called a CAT scan was available at another hospital in our city. I traveled with Ben in the ambulance to a huge, brightly lit room. Against the far wall was a monstrosity of a machine with U shaped arms that spun and slid like some 1930’s science fiction machination. Ben was so tiny in the center of this huge machine. It would take 30 minutes to image his brain but there would be no problem with Ben holding still. Ben did not move. Today, that same scan would take 2 seconds.

As I watched the images slowly appear on a monitor, the radiologist sat beside me and sighed. He pointed to the white rim of Ben’s skull. He touched the dusty screen over a white blob in the center of Ben’s brain. Blood. Fractures. I was sick to my stomach.

Later after bringing in the police, the parents admitted to placing Ben’s head in the window sill and repeatedly closing the window on his head to get him to stop crying. Ben died in my arms, unloved, rejected, but not alone.

I have looked evil in the face. Evil is real. It is not a quirk of the synapses. It is not a chemical imbalance. It is not an environmentally produced “disorder”. It is an entity. I saw it lurking behind the feigned tears of Ben’s parents. I saw it in the manic face of a young girl I am convinced was possessed by that evil. I saw it in the relentless stare of a patient who vowed to kill me and eat my liver. I felt its caress on a lonely night in a bed and breakfast in Austin, Texas when I was trying to finish my book about the influence of these evil forces on our world.

I saw it last week. I saw it many times this past year. Last night, my best friend Mark Riser gave me a book for Christmas on theology. I randomly opened it and read a paragraph. It was not a random sampling it turns out. Basically the section was on evil and there was a thought placed there for me to ponder. Maybe our culture is more fascinated with evil than ever in order to pull our attention to the big acts of evil so we do not notice the insidious, quiet, tiny touches of evil as it infiltrates our lives.

The big evil last week was the killing of over two dozen innocent people including children. But that “big evil” came at the expense of dozens of tiny caresses of evil. “He was a quiet, thoughtful person.” “He was so nice.” “I can’t imagine why he did this.” You hear these kind of statements all the time when such a tragedy occurs.

Jay Strack, a motivational speaker back in the mid 1990’s once said when he went scuba diving, it wasn’t the sharks he feared. Rather, it was the multitude of minnows that can nibble you to death. We focus on the “big evil” and miss the accumulating influence of a thousand tiny evils that poke and prod and erode and puncture so much so that one day we find ourselves being bled to death; our resolve, our compassion, our mercy gone and we snap. The big evil takes us and we smash a tiny boy’s head in the window sill or rip a sink out of the wall or take up a gun and kill.

Don’t miss this. Each of us is totally and completely capable of carrying out the kind of “mindless, senseless” violence we saw last week. Don’t think for a moment that you or I are above it. We aren’t. We are imperfect, broken souls on a journey toward forgiveness; love; completion; release. Why are we such broken creatures? Why can we not pull ourselves up out of the muck; above these base emotions and actions?

Jesus of Nazareth had many things to say about evil and here are just three:

This is the verdict: Light has come into the world, but men loved darkness instead of light because their deeds were evil. Everyone who does evil hates the light, and will not come into the light for fear that his deeds will be exposed.

Jesus seems to be saying that evil originates in our hearts and minds. WE are the source of evil! How is this possible? If evil is real then how can it also be in us and yet not come from us? Ah, this is the mystery of all time. Our scientific culture wants to assert that we are but highly evolved animals; that we have no true spiritual side; that we do not have a thing called the soul. Such talk is of the supernatural and the supernatural does not exist. It is but a figment of our imagination.

But, Jesus seems to be saying that there is something within us that quickens at the sight of art and beauty; that resonates to the sound of music; that seeks and connects with that most abstract of things, love. And, because we are broken; ruined by this disconnect with the divine; we allow evil to take the place of good; to let darkness rule instead of light. There are only two choices — dark or light — good or evil. One will prevail in our hearts and mind and will rule the day. It is simple, Jesus taught. How then do we push the evil into the dark, powerless corners of our live so that good prevails? One more word from the teachings of Jesus of Nazareth:

“When an evil spirit comes out of a man, it goes through arid places seeking rest and does not find it. Then it says, ‘I will return to the house I left.’ When it arrives, it finds the house unoccupied, swept clean and put in order.”

Ah, we can fight the urges; suppress the evil impulses; push the destructive thoughts away but if we DO NOT have something positive to fill the void, then the evil will return more powerful and more controlling than ever. Look at history. Those who started down the path of evil; those who allowed the minnows to nibble away at their conscience; slowly, inexorably drowned in the sea of evil and became hardened; solidified by evil. For them, there is little hope of return to good; to return to sanity; to return to a world filled with light. Think of the Nazi holocaust, how insidiously a nation desiring to merely rebuild from the ashes of World War I became an engine of worldwide destruction and the killing machine of the Holocaust. Think of Stalin, ruler of Russia desiring to rebuild his country after the devastation of World War II deciding to quietly eliminate a few political enemies for the good of the state. Estimates are that he probably had between 50 and 100 million of his own people executed! There are dozens of such stories just from the twentieth century alone. And, no sane person would ever disagree that Adolph Hitler was evil.

I have no answer for why the events of last week took place. But, our actions should be to reach out in love, compassion, mercy and prayer to the families of the victims and the perpetrator. And, in our response we have once again turned to God. Where was God in the midst of this tragedy? Right where we left Him, out in the darkness; away in the shadows; escorted out of the picture by our culture for we do not need Him in our world of materialism, naturalism, and the promise of answers to all our quandaries from science. 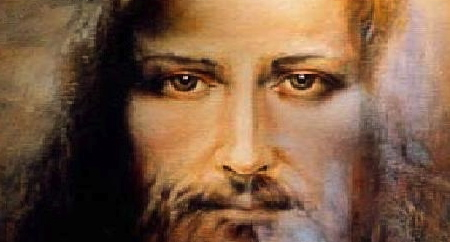 What we cannot solve with our equations and our theories is the mystery of the human heart and the human soul. Jesus solved that problem. He taught that the heart must change and can only change through a realization that He is the Light. This season whether you believe in God or not; whether you worship the baby born in a manager or believe it is all a myth; seek to fill your heart with the Light of the Love that Jesus showed to us. And, when you do, you will find peace and goodwill toward all men.

Comments Off on Evil Crouches at Your Door!