Today, I invite you to read a guest post by my son, Sean Hennigan regarding the relationship between Christians and, well, government. 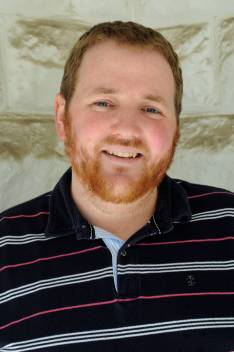 Who will let you down with empty dreams

It’s hard to keep from giving up

It’s easier to just fold up your arms” – Derek Webb

For some people of faith, last week was a week full of bitter disappointments. They see a moral arc of their universe bending towards corruption and ruin. They hear wars and rumors of wars on the borders of everything they hold dear. They feel threatened, neglected, discounted.

They feel like the world that created and sustained an environment amenable to the presence of God is passing on, and they worry that the world coming has little room for Him, much less His people.

They fear the consequences of a world that rejects their Savior so fully.

I don’t think they’re wrong to be concerned, because salt and light has always been challenging to the systems of the word and men have always rejected light for their love of darkness. To the people of Jesus, these things are not new. They rejected Him andthey will turn away from us, too.

However, I believe that the above is only part of the story. 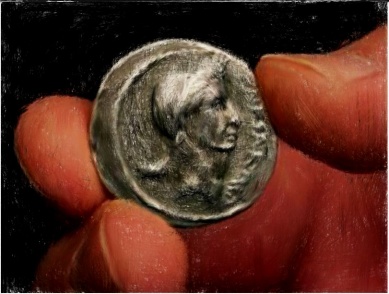 Christianity has always operated in an uneasy truce with the empires that govern the world around them. Throughout history, the people of God have lived as strangers and sojourners among the kingdoms of the mighty men of old, and to varying degrees found peace and coexistence with them. Very rarely have they been a kingdom of their own, and the times of kingdoms were marred with infighting and born of a desire to be like the other nations surrounding them. The kings frequently struggled to preserve their reigns, and the most prosperous kings in Israel’s history were judged by God for doing evil in His sight. God eventually led them into exile, a defeat of such magnitude that it forced  His chosen to be a people again, set apart and strange. His subversion extended even to their well-meaning messianic dreams, which embellished God’s deliverance into a military conquest and return to the kingdoms of old. When God finally fulfilled the kingdom restoration they dreamed of, He hung their mighty ruler to die on an empire’s cross. The victory of God was not over His people’s temporal enemies but their final enemy: death itself. God’s messiah changed the calculus governing the affairs of men, their rules for authority and kingship and power. Jesus inaugurated a kingdom of open peoplehood, a culmination of the promise that God would be King over His people, and they would grow to gather from and convey blessing to the whole world.

There is an uncomfortable truth at the heart of God’s story that we must reckon with now: we long for kings when we believe that God’s headship is not enough.

The American church of the last 100 years has often flirted with political power. America itself has always been a land of immense promise in our imagination, a place where the divine right of the old kingdoms was democratized, where divine blessing manifested not as enforced rule but as a popular consensus. In the 20th century, full of technology and war and the energy of the Great Awakenings, the church was a place of common cultural grounding, a shared quasi-nationalistic identity. Religious belief was a guiding consensus element of national identity, expected of men of influence and injected by government fiat into currency, classroom and national pledge.  Jesus became the border guard of our kingdom, separating us from the Axis and the godless Communists and the Muslim powers of the East.

In the last 35 years, the American church has become particularly aware of its power as a voting block. People of faith have gathered to voice their opinions on a number of social and political issues that have been reshaping the cultural and political landscape of the country. We especially oppose the pluralism inherent in the shift in national consensus identity from Judeo-Christian Enlightened Man to inclusive, post-religious Enlightened One. We have become a potent voting bloc and a fervent and well funded special interest group in American political life.

I believe that is wrong.

What I fear is that in the course of our political engagement we have started seeking kings so we can be like the other nations. For every David we find (if we find him at all) we are plagued with ten Sauls, men disingenuously consulting ghosts and forging bad pacts to win victories in conventional terms, hoping to be retroactively blessed because they pursued it in the name of God’s kingdom. We align ourselves with political leaders who claim to be like us, but who all too often exploit our fear and discomfort to accrue power to themselves and to pursue their own political ends.

We do it because we believe that we have no choice. We do it because we are convinced that if we don’t follow the rules of presiding empires then we will be cast aside or persecuted. We want to protect what we love and store up the rich blessing that God provides  and we see no other way to do it but through a king.

The trouble with Jesus is that His kingdom, a kingdom of people, transcends nationhood and call us to radical love and sacrifice. God’s Messiah is the fulfillment of Saul and Solomon and Caesar — the God-king whose kingdom is one of wholeness and unity and everlasting peace. He speaks of purchased fields and mustard trees and unfair wages and forgiveness, and He does not idly assent to defend the political fortunes of particular nation-states. His kingdom and people overcome by story and blood, not might or power, as He patiently asserts His reign over the world. When the end comes, He will conquer with a sword in His mouth,  it His powerful right hand, and He will judge the nations alongside and through His people.

What temporary power we might hold to enforce our faith through political action is tempting because we believe that we will exercise it fairly. We see our political will as a rare blessing from God to legislate His kingdom into the world, not as a political enshrining of His redemption but as its agent of enforcement. While the government plays a role in protecting from evil and promoting justice and general welfare, we hope it to go further to enforce the particular ethics of our peoplehood on others. We hope that governmental enforcement of the outcomes of our transformation will somehow lead people, in reverse, to their Cause.

We become convinced that we must act because our way of life will be dismissed otherwise. And in defense of conscience and of kingdom, we relive the sins of Saul and David and all the kings who trusted in their own power above the Lord’s, even when they thought they were acting in service of His work. We count our armies and ask Him to bless that work while He beckons us to be His people and desires to be our King. He jealously guards His loving dominion over us, and He shares that dominion and worthiness of worship with no one but His Son.

At our best, at our most true, we are a peculiar people in the world, people who have no home apart from the one we create together with Him and with each other. He works through us to preserve and shape our communities and our culture through radical, sacrificial love. His kingdom work transcends social morays and political boundaries. He is not limited by the boundaries of our expectation and He does not take kindly to the notion that there are places He cannot go. His Spirit wind blows where it pleases and He does need us to take Him there by force.

Ultimately, we are His and He is our king. Ours is the task of loving and serving and living out — His is the finished-but-still-finishing work of His kingdom’s rule. The kingdoms of this world are becoming the kingdoms of our God and King, and  we are His children when we like Sarah call Him lord and do not fear anything that is alarming. We persevere through love not into violence and scarcity but into abundance, rest and victorious peace.

When Jesus walked the earth, He resisted the temptation of Satan and of the crowds and even of His disciples to fulfill the militaristic, messianic Kingdom dreams of His day. As His servants-turned-friends, we should expect no less a temptation, and no less a calling, for ourselves.

“One day you’ll wake and the curse will break

And even you won’t be the same.

Your hope is not wasted on a day when everything will change.”