I have read many of Lee Child’s novel about his character, Jack Reacher. I was a bit perplexed that Tom Cruise chose to portray Jack Reacher in the recent film based on the book. In my mind, Jack is a tall, muscular guy more on the level of the Rock rather than the smaller Tom Cruise. My daughter wanted to see the show so we went and it was right on the money! Tom Cruise captured the personality and quirks of Jack Reacher. I would pay to see him in other movies as Jack Reacher. During the movie, there was a protracted and very well done car chase scene. I was gripping my seat, gritting my teeth and grunting with each collision. Great chase scene! 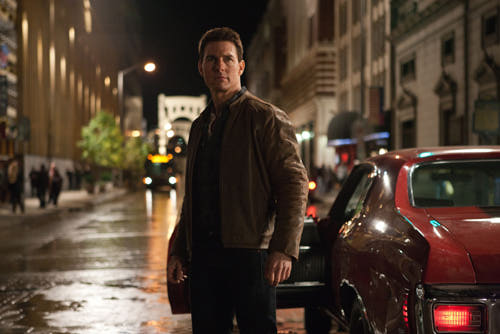 After the movie I was almost out of the parking lot when my daughter screamed, “Dad, slow down! You’re not Jack Reacher!” I stopped in dismay. I had been gunning my car engine and trying to outrace the other cars leaving the parking lot. I had been driving like Jack Reacher and never realized it! This has happened to me many times before. I watch a television show, a movie, or read a book and find myself acting out the emotions or behavior I just encountered in that fictional setting. One time, after losing a domino game to my wife and her mother, I let lose with a casual string of curse words, including the F bomb that would have made a rap artist blush. Where did that come from? I realized I had spent all day with two of my medical colleagues whose language was mostly such curse words and without realizing it, MY BEHAVIOR WAS CHANGED!

In recent interviews about violent video games and their effect on players, I have been astounded at the denial by the video gaming industry that playing such games has NO effect on behavior. Not even a little. Not even a smidgen. Nothing! Walk away from five hours of Grand Theft Auto and you don’t drive any differently; you don’t feel aggressive or violent. There is NO EFFECT on behavior. And before you get mad at me, video game industry read ALL of what I have to say!

25 years worth of studies have proven differently, but still those studies are all wrong! Ideas do NOT have consequences! I can walk away from anything and not be effected by my participation in that thing. The mind is NOT influenced by ideas.

What? I found it interesting on a recent radio talk show this claim was made. One of the hosts maintained that playing a first person shooter game based on Columbine in which the player can kill innocent school students was just “adult art” and would have no effect on behavior. But, the show also had at least 15 advertisements during the thirty minutes. They were breaking away from me every 6 minutes for 3 minutes of ads. Advertisement! You know, advertisement —  where an idea is put into someone’s head to CHANGE their behavior and make them want to drop what their doing and go buy that item RIGHT NOW! Why did companies spend millions of dollars per minute for recent Super Bowl ads? Because ideas DO have consequences. What we see, what we hear, what we do does effect our thinking and can change behavior. If this were NOT so, then companies would never spend 2 million dollars for a 30 second television ad.

What we have here is a failure in common sense. It is the height of rationalization and shows that when we don’t want to believe the truth, we will embrace the lie as long as it supports our position. Common sense clearly should show us that what we hear, what we see, what we experience will have an effect on our behavior. It has been that way since man first looked up at the stars and wondered who made them. It will always be that way as long as we communicate ideas in some way.

This conclusion does not mean that violent video games cause someone to kill. There are many reasons people kill and there is some meager evidence that those individuals may use first person shooter games for practice, but we CANNOT BLAME the video game industry for such killings. This is the problem we face. Placing the blame. Again, an appeal to common sense would prove that violent content has been around for centuries. I grew up on comic books that were felt to be subversive in the 1970s. We played cowboys and indians and if some kid shot an “indian” today they would be censored by the PC police. We watched gory live footage on television from the Vietnam War. Violence in our society has always been there and has been used to capture our attention either for a news program or a magazine or a television show or a movie. Why? MONEY! That’s right. Violence, like sex, sells. It gets our attention and in our macabre fascination with death and violence, we stare slack jawed into the abyss. 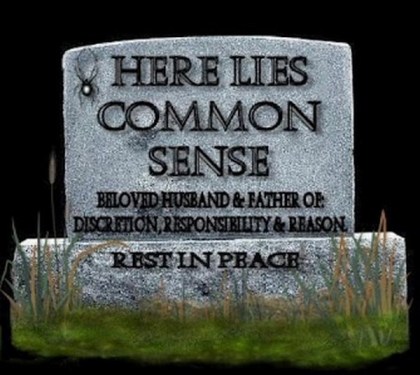 So, here’s some common sense. If you play violent video games for hours on end, it WILL effect your behavior and to deny that is lying to yourself. Admitting it means you have used good sense to prevent yourself from acting out. Being aware that what we put into our minds effects our thoughts and behavior means we have the capacity to use reason and discernment before making decisions. This is, again, common sense. Until we accept the fact that our choices are a direct result of how we think and how we think can be effected by external stimulus we can never begin to realize that we are not victims, we are choosers of our actions and WE ALONE are responsible for the consequences of our actions. In fact, it is the victim climate of our culture that makes the  gaming industry afraid to use common sense when admitting gaming effects behavior. In our sue happy culture, if the gaming industry were to admit what we intuitively know is true, some lawyer will happily sue them all for these killings. And, that is common sense!

Comments Off on Violent Media and Common Sense